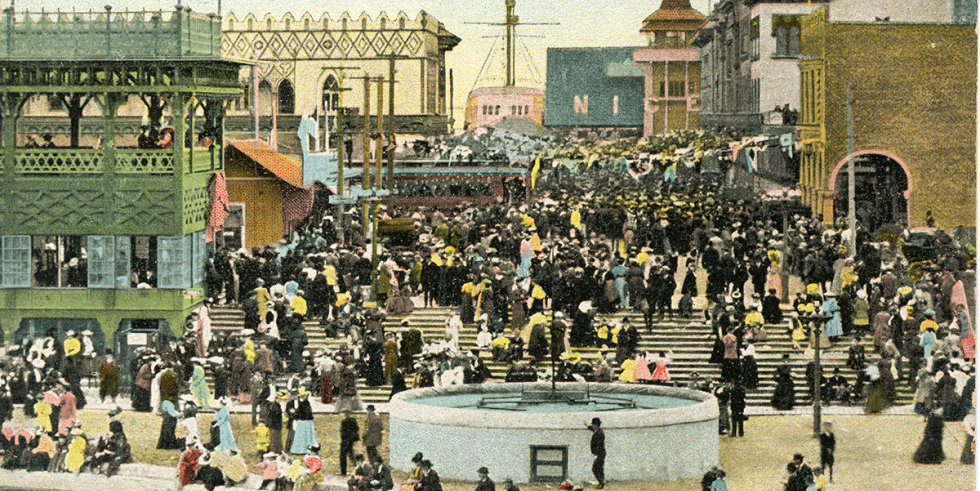 Rancho la Ballona, an area of 13,919.90 acres situated in what is now western Los Angeles County, was originally a concession for grazing rights given by Spain to Felipe Talamantes and Jose Ygnacio Machado and his brother Augustine in 1821. Machado was born in the Santa Barbara area in 1797; his parents were part of the Fernando Rivera y Moncada expedition coming from Mexico in 1781. Jose's father was not able to obtain grazing rights for any land during his lifetime, but he and Augustin joined forces with Felipe Talamantes and his son gaining the concession to graze their cattle on the land while they lived in the original El Pueblo Los Angeles. Tomas named the land Rancho Ballona. The name was perhaps a tribute to Talamantes family home in Spain—Bayona—or alternatively is a corruption of the Spanish word for whale.

The area stretched from present-day Marina del Rey, Venice, Mar Vista, Palms, Playa Vista to include some of Culver City. Accordingly, it now includes some of California’s most desirable residential regions.

The land was mostly salt marsh and mud flats until the early 20th century. In 1852, fifty inches of rainfall put the whole area under water, and the area was used for duck hunting for several years. Two creeks, Ballona and Centinela, divided the land.

In 1868 a court decree divided the land into 23 sections, with each of the parcels to have three types of land: pasture, irrigable, and bay. The largest allotment, leading to the Ballona Creek outlet to Santa Monica Bay, was awarded to the heirs of the Machados.

A squatter called Will Tell built a shack on the land sometime in 1870 and created a sportsman’s retreat for hunters at the mouth of Ballona Creek. In 1888 Moses L. Wicks and his partner Louis Mesmer purchased the land from the Machado heirs and formed the Ballona Development Company to develop a commercial harbor called Ballona Port: the first attempt to dredge a harbor for Los Angeles. Three years later, after repeated failure by dredging companies to dredge the harbor completely, the company collapsed.

Gillis, originally from Nova Scotia, was a pharmacist who arrived in Santa Monica in the mid-1880s. Along with his brother he owned a drugstore before he was bitten by the real estate bug. He began buying the stock of the Santa Monica Land & Water Company in about 1900 as part of a group of investors that included Roy Jones, Henry M. Gorham, and Charles LeRoy Bundy. At this time, the company owned about twenty thousand acres of land—the Rancho San Vicente y Santa Monica and some of the Rancho Boca de Santa Monica. The company eventually developed numerous neighborhoods that are now desirable areas of West Los Angeles — including Brentwood and Pacific Palisades.

One of Gillis's partners in the new enterprise was Moses H. Sherman. The Vermont-born Sherman started his career as a teacher in the territory of Arizona. He was the first school principal in Prescott, Arizona and was appointed state Adjutant General of Education by John C. Fremont, then Governor of Arizona. Known thereafter as General Sherman, he and his brother-in-law Eli P. Clark created a successful business in Prescott, Arizona and developed a railroad that ran from Prescott to Seligman. In 1890 Sherman and Clark went to Los Angeles to introduce the electric trolleys that were successful in New York City. They created the Los Angeles Consolidated Railway and the first local interurban railroad—the Pasadena & Los Angeles Electric Railway. They then built the Los Angeles Pacific Rail, a line that ran from downtown Los Angeles through Hollywood, Santa Monica, Venice Beach, Redondo Beach and back to Los Angeles via Palms. The line stopped at beach resorts and included the Sunset Boulevard studio of popular painter Paul de Longpré, the bean fields of Beverly Hills, the Old Soldiers’ Home in Sawtelle (Now the Veterans’ Administration Medical Center), the Camera Obscura at Santa Monica, and the Playa del Rey Pavilion for a fish luncheon. The route was extremely popular and cost only $1 for a round-trip.

Arthur Henry Fleming was born in Ontario, Canada. An attorney by profession, he switched to the timber business when he came to California in 1896. He was married to Clara Fowler, a niece of farm equipment tycoon Cyrus McCormick. Her father, Eldridge Merick Fowler, was an investor in the Madera Sugar Pine Company. Both Clara and her father died in 1904, leaving Fleming a single parent and trustee of his wife’s fortune. One of his first ventures in Los Angeles was The Beach Land Company.

Frank Garbutt was born in 1869 in Mason City, Illinois and came to California with his father, Francis Clarkson Garbutt. He was a founder of Union Oil and Paramount Pictures and invested in the aviation company that became Lockheed Martin. But it was his enthusiasm for amateur sports that helped him put his mark on Los Angeles. He was an early member of the Los Angeles Athletic Club and worked with Alphonzo Bell to create the Riviera Country Club. He invested in Playa Del Rey along with Sherman, Fleming, and R. C. Gillis. His interest in auto racing led to the creation of the Los Angeles Motordrome.

In 1902 the new company began developing La Ballona, renaming it Playa Del Rey: “the Beach of the King.” The group originally planned something like Venice, Italy. But the actual development comprised a pavilion, a hotel, a pier, the lagoon, and a wooden speedway. The three-story pavilion included a restaurant, a dance floor, bowling alley and skating rink. The hotel was designed by architects Sumner Hunt and A.W.Eager. About a hundred housing lots were sold. An incline railroad was built to provide access for the home owners to and from the lagoon.

Soon several thousand tourists were flocking to Playa Del Rey each weekend via Sherman’s the later renamed "Balloon Route." Luncheon at the hotel was part of the package. Other attractions were added over the years, but gradually Abbott Kinney’s Venice (perhaps influenced by Sherman’s original plan) became more popular. Lack of funds, fire, and storms eventually wiped out the pier and the other attractions were eclipsed by Kinney’s Venice and amusement parks in Ocean Park.

Playa del Rey’s unique feature was the Los Angeles Motordrome built in 1910. A wooden one-mile circular track, in its day it rivaled the Indianapolis Speedway. It was a project of Frank A. Garbutt and a syndicate of automobile racing enthusiasts.. Called the “pie pan” and made up of thousands of two by four inch boards, it was very fast and extremely dangerous. Barney Oldfield did a record ninety-nine miles per hour on it soon after it opened. There were a number of fatalities over its three years of operation before the Motordrome was destroyed by fire in 1913.

Moses Wicks’ 1888 dream of a Ballona port finally died when the Army Corps of Engineers in 1916 declared the area too expensive to develop. But the 1920s saw much housing development and Loyola College (now Loyola-Marymount University) relocated nearby in 1929. In the 1950s, Wick’s vision refocused as a marina for small craft. In 1956, however, the County of Los Angeles and Congress came up with the funding to build Marina del Rey nearby; it was dedicated in 1965. The largest man-made small-craft harbor in the world, it includes a tiny park and hotels, homes, and multiple-unit dwellings with beach views—echoing the original Playa del Rey proposal of 1902.

30 years later, the Playa Vista development also echoed the original Playa del Rey proposal. Situated on the Howard Hughes industrial property north of the Marina, it was planned as a dense, high-rise complex resembling Century City. In the 1990s, after a compromise agreement with the local councilmember and much vigorous protest, it was created as a mixed-use development committed to energy efficiency, green environmental and marine preserves, low-density housing, creative businesses and a walking community. Playa Vista is just the latest iteration in the transformation of a 19th Century Mexican land grant from marsh and ranchlands to a gathering of desirable Los Angeles residential neighborhoods and technology hubs. ✪

Jan Loomis is the archivist for the Santa Monica Land and Water Company Archives. The archives contain correspondence, photos, business records, and ephemera related to the developments of the company. Loomis has written three books based on this material—Brentwood and Pacific Palisades (Images of America) and Westside Chronicles—Historic Stories of West Los Angeles.

The Santa Monica Land & Water Company Archives contains stories and information about how West Los Angeles was developed--the people, the events, the day to day business of changing raw ranch land into the communities we know today.  Mining this information often results in articles and presentations about the history of the area.  This article written by Jan Loomis appears in the October 2016 newsletter of the Los Angeles City Historical Society.  Reprinted with permission.

The mission of the Los Angeles City Historical Society is to research, study and disseminate knowledge of the rich and diverse multicultural history of the city of Los Angeles; to serve as a resource of historical information; and to assist in the preservation of the city's historic records.